Anyone who throws stones at billionaire atheist George Soros can expect to be shunned or censored by his protectors in the media.

It’s been thirty-six months since I first posted this. Would love to hear your thoughts on this article and President Trump three-years on. Sound off in the comments…

My position on Donald Trump

I’ve written many words about the man and what he’s been doing. To repeat a few of them, his two most important achievements are: he’s contributing, in a major way, to the ongoing destruction of the credibility of big media; and he kept Hillary Clinton out of the White House.

Concerning the media— I am tremendously enthusiastic about what Trump has done. I pop champagne corks on that one. He’s provided a public service for the ages. We would be light years beyond where we are now, if the world of conventional journalism hadn’t sold its soul, its morality, its intelligence, and its hunger for getting to the bottom of things so long ago. In his own improvisations and riffs, Trump has turned the media stars on their heads looking out of their asses. He has been merciless. He has worked acrobatic tricks worthy of a Salvador Dali. When they thought he was here, he was there. When they thought they had him pinned against the wall, he vanished and there was no wall. When they thought he was done, he was starting. When they assumed they were occupying a higher position, he was poking them in the solar plexus of their pretensions and exposing them as rank amateurs. They go sober-serious, he laughs. They deride and mock him, he reminds them they’re supposed to be professional. They scream and go ballistic, he walks away. He’s supposed to be in Washington, he’s in New York. He’s supposed to lay out his schedule for them, he vanishes. He shouldn’t talk to a foreign leader, he talks to a foreign leader. The Washington Post reports the Russians hacked the election, he says the CIA is making it up. → 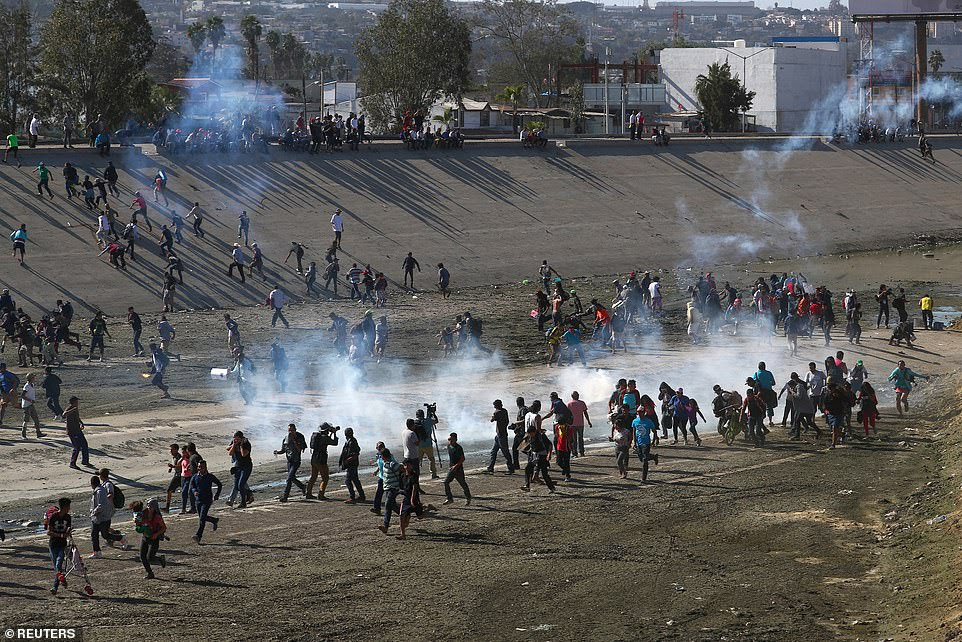 (Natural News) POTUS Donald Trump did two things last week that were vitally important for the safety and security of our country, as well as supportive of the rule of law. He gave U.S. military forces deployed along the border with Mexico permission to use lethal force in support of Border Patrol and Customs and……Read more & video