These bright lights were hovering in the sky over Phoenix, Arizona recently.

(The Free Thought Project)  Phoenix, AZ — A family claims that their mentally ill daughter is being tortured while imprisoned in a Maricopa County jail and utterly horrifying video recently released proves it. Valentina Gloria, 20, a sexual abuse survivor, spit on a cop as he was hurting her and, as a result, has been in jail for 9 months even though the assault charges which took her to jail have already been dropped according to her mother. →

Yesterday, a gentleman named Mauricio Morales posted some remarkable pictures on the internet that ended up going fairly viral across social media. They were snaps of Unidentified Flying Objects (UFOs, which does not mean they are extraterrestrial in origin). That being said, don’t be fooled, there is a tremendous amount of evidence pointing toward the fact that… 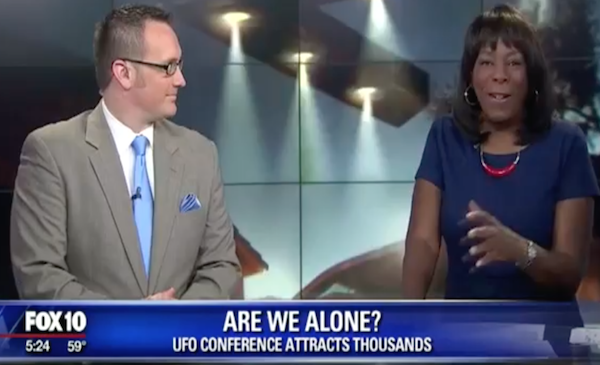 This is awesome. The International UFO Congress met in Phoenix, Arizona this week. I have never gone, but only because I live in Taiwan. At the conference, you get to hear some of the most famous eyewitnesses speak out about what they saw and experienced during their encounter. When you see the faces of the individuals and their body language on…