The Beginnings of the Major Changes ∞The 9D Arcturian Council, Channeled by Daniel Scranton

We are very excited about the evolution of your consciousness. We have been observing the progress that you have made as a collective consciousness, and we are happy to report that there is much more movement forward towards your ascension than you might be seeing on the surface at this time. A lot of what you see out there in the world, in terms of the major stories, reflects what has been and what is crumbling right before your eyes. It seems as though humanity is not making progress, because you don’t see the changes that you want to see in the external world. → 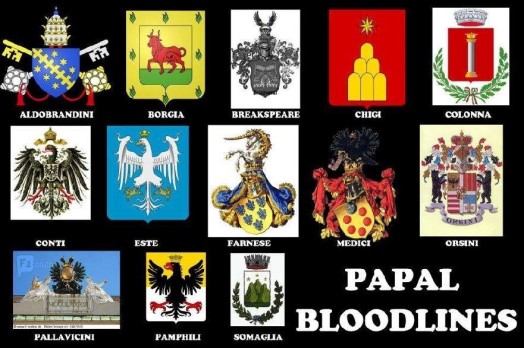 This is the Mythos Mafia — The Papal Bloodlines of the Jesuits. The Real Families, who from behind the scenes, control the World through Religion, Finance, Property, Land, and through control and manipulation of the Markets of the WorldThis collated information from what is readily available on the Internet and other ‘sources’ should be read…Read more