Religious Freedom is Under Attack Nationwide from Big Pharma. Ask Your Religious Leader to Rise Up. Protect Your First Amendment Rights!

“Out of love and zeal for clarifying the truth,”* and the need to protect the sanctity of our religious beliefs, each religious community should discuss the following items prior to surrendering an important religious right to a Pharmaceutical Industry marketing campaign.

In this video I start off slow but pick up steam as I submit the evidence and examples. By comparing our situation to the study of torture & coercion on Prisoners of War, I believe it becomes clear that what we are being put through with the virus response is a near perfect parallel to the Amnesty International definition of torture & Bidermans ‘Chart of Coercion.’ 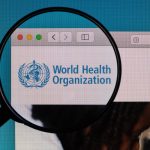 (NaturalHealth365) If you’re like a lot of people, you may not be surprised to hear how major vaccine manufacturers are vying to rapidly churn out COVID-19 “solution.”  After all, the vaccine industry is posed to profit greatly from this pandemic – even though they’ve already paid out billions of dollars in vaccine injury settlements.

It’s not hard to imagine how spearheading the mass vaccination effort can make for lucrative financial opportunities. And based on a new initiative geared toward their investors, the World Health Organization (WHO) certainly seems to be taking advantage of the situation. → (NaturalHealth365) One of the biggest guilt-inducing tactics used by the pharmaceutical industry and the U.S. government is to convince people to get vaccines because it’s a public health issue. “It takes a community to provide immunity,” according to at least one non-profit organization committed to vaccinating as many Americans as possible. But is this theory of ‘community immunity’ – aka……Read more

The CDC claims that its recommendation that everyone aged six months and up should get an annual flu shot is firmly grounded in science. The mainstream media reinforce this characterization by misinforming the public about what the science says. A New York Times article from earlier this year, for example, in order to persuade readers to follow the…..Read more