Q reminds us that the arrest of Ghislaine Maxwell will lead to many more arrests. 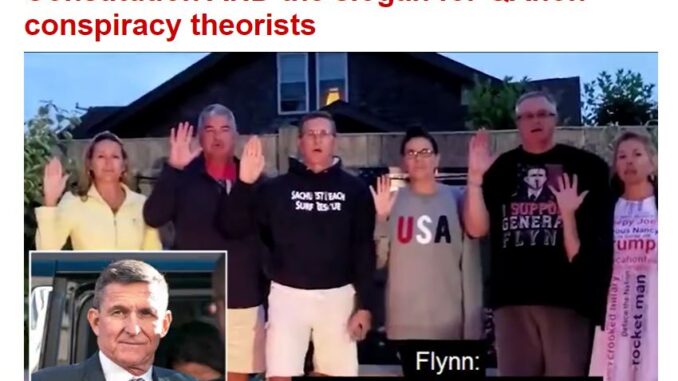 There have been multiple references to an “invisible enemy” by President Donald Trump and Q (aka QAnon), which White Hats in the US military-intelligence community are presently fighting in an “information war”. While mainstream news outlets claim Trump is merely referring to COVID-19 as the “invisible enemy” that has afflicted the US and the rest of the planet, what emerges from examining the wider context of his remarks and Q posts is that the real enemy Trump is alluding to is a Deep State which has a non-human dimension that is behind the “plandemic”. →

Guess which celebrities are canceling their shows and plans? Find out the Malaysian Human Trafficking bust that involved their own authorities apprehended. I’m also covering Justin Fake Trudeau crimes he’s committed and showing his pedophilia connections. I’m expanding on the Twin Flame info that I have shared in my previous broadcasts and providing Cannabis plant from a 5D perspective.

Parler is a United States-based microblogging and social networking service launched in August 2018, regarded as an alternative to Twitter.Wikipedia

The cat is out of the bag. The virus was a hoax after all. The CDC, WHO and all the so-called experts lied to you! Here’s the list:

🔺”CDC admitted they screwed up COVID19 infection counts and intentionally misled the public and have apologized, clarifying that the amount of people truly infected is much lower than what was originally reported — an error so egregious it made the director of the Harvard Global Health Institute say “how could the CDC make this mistake? This is a mess.”

🔺The American Coronavirus Task Force also admitted to fudging the National COVID19 death count when Dr. Birx said the deaths are people who died “with” COVID19 not “from” COVID19, thus making the real death count much lower than what is currently being reported.

🔺Dr. Anthony Fauci admitted masks won’t help against the virus and mask manufacturers are now including warnings that their products do not deter COVID19.

🔺Fauci also said that continuing to close the country could cause irreparable damage.

🔺CDC backtracked their initial claim that led governors to shutdown their states & clarified that COVID19 does not spread easily on surfaces.

🔺Governor of New York Andrew Cuomo confirmed a recent health study showing that 70% of new infections actually originate at home, thus making stay at home orders one of the most dangerous mandates currently in place.

🔺Trump stopped funding the WHO and threatened to cut off money permanently until they can prove they are no longer corruptly influenced by communist China after they lied to our country about human to human transmission of COVID19 in January.

🔺The curve is flattened, the CDC, WHO, Dr. Fauci, our governors, and many more were completely wrong about the potential threat of this virus.

🔺Even California is opening up sooner than anyone expected because the evidence contradicts the long standing and inaccurate narrative still upheld by the extremely dishonest & corrupt media.

🔺If you are still living in fear, Don’t be. The media, global organizations, the government, and its agencies “mislead” the public.

🔺 People called those of us who knew this all along conspiracy theorists, but it turns out we were just following the facts!

🔺 Open up your businesses, churches, and homes. Don’t fall for the lies any longer. If you fell for the lies this time, wake up and join the army of truth seekers fighting on the front lines.

🔺 WHO have just admitted that transmission of the virus from an asymptomatic carriers – the whole reason for the lockdown, is rare!! ie you could not spread it before showing any symptoms!!