When I go in my mind from hot spot to hot spot in the world, I want to weep.

So much suffering! Whatever can we do about it?

Sending love is always the best thing we can do, in my view. But let me leave that subject for now.

I’d like to focus on people falsely imprisoned, moved off their lands and made into refugees, incarcerated and indoctrinated, tortured, sold into sexual slavery, etc. – in other words, people who are being or have been oppressed. →

Read more via An End to the Oppression of all People by Jan. 1, 2021 | Steve Beckow — Voyages of Light

MORIO, Greece (AP) — Over the years, villagers who live near Greece’s border with Turkey got used to seeing small groups of people enter their country illegally.

The Greek residents often offered the just-arrived newcomers a bite to eat and directed them to the nearest police or railway station.

But the warm welcomes wore off. → 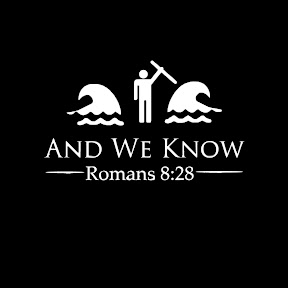 Source: (And We Know) (Humans Are Free)  A prominent German newspaper has admitted that the majority of migrants who make their way to Europe from across the Mediterranean sea are not legitimate refugees. →

Syria has been reeling under a civil war since 2011 and it has resulted in one of the worst humanitarian crises in the current world. The Syrian Civil War has nearly 14 million residents of the country either as international refugees or have been internally displaced, reports the United Nations. →

Billionaire investor George Soros has repeatedly denied rumors that he is helping to finance the migrant caravans making their way up from Honduras and Guatemala through Mexico with the ultimate aim of reaching the US.

But that’s about to change, as the “Open Society” founder – who famously financed much of the opposition to Trump SCOTUS pick Brett Kavanaugh – is now partnering with Mastercard to hand out money (in the form of ‘investment capital’) to migrants, refugees and “others struggling within their communities worldwide,” according to Reuters. Through their partnership, Soros is effectively providing open financial support for migrants and refugees seeking to enter the US and Europe.

The partnership between Soros and Mastercard, which they are calling Humanity Ventures, is the result of a pledge that Soros made in September to spend $500 million to address “the challenges facing migrants and refugees.”

In a statement, Soros and Mastercard declared that government aid programs haven’t been enough to solve the issues facing refugees, suggesting that this is a problem that only the private sector can solve.

“Migrants are often forced into lives of despair in their host communities because they cannot gain access to financial, healthcare and government services,” Soros said.

“Our potential investment in this social enterprise, coupled with Mastercard’s ability to create products that serve vulnerable communities, can show how private capital can play a constructive role in solving social problems,” he added.

Right away, Soros plans to spend $50 million to provide “scaleable” health-care and education solutions. He intends to ‘invest’ the money in businesses founded by migrants.

“Humanity Ventures is intended to be profitable so as to stimulate involvement from other businesspeople,” Soros said.

“We also hope to establish standards of practice to ensure that investments are not exploitative of the vulnerable communities we intend to serve.”

Soros has said that he would prefer ‘Humanity Ventures’ to be profitable to attract “other businesspeople”, it’s unclear how, exactly, he plans to earn anything approaching a reasonable rate of return by handing out risk free loans to migrants and refugees.

This comes after Master Card back in 2016 admitted that it has handed out prepaid debit cards to migrants and refugees traveling through Europe, something the company did with the explicit blessing of the European Union and the UN High Commissioner for Refugees.

Perhaps MSNBC and other liberals who blindly claim that Soros and his network of non-profits aren’t providing financial assistance to migrants approaching the US should consider this before they continue with their denials.