The ex-Navy SEAL in this video describes how he was sent on a mission to extract an archaeologist that wouldn’t leave an ancient alien site in Antarctica. – OD – Source 2

The stunning testimony of a Navy Seal about what is happening in Antarctica.

What the people running this planet have done to maintain their iron grip over the population is shocking, and the evidence in the videos below may render you verklempt, as I was.

The sheer greed and ruthlessness is staggering. (Robert Sepehr) Ancient myths from around the world describe numerous entrances to vast underground cavern-cities, within the bowels of the earth. Many occult organizations, esoteric authors, and secret societies concur with these legends of subterranean inhabitants, who are the remnants of antediluvian civilizations, which sought refuge in hollow caverns inside the earth.

Read more & videos at: Stillness in the Storm

Today on Edge of Wonder we talk with Jordan Sather from Destroying the Illusion about what is the #SecretSpaceProgram, or the SSP, what it’s mission is, how much something like this would cost, and where the funding of something this monumental would come from. #qanon

So buckle up as we take a #disclosure journey through space as we join Ben & Rob on this Part 1 of a 2 part series with Jordan Sather.

Today on Edge of Wonder continue our talk with Jordan Sather from Destroying the Illusion where we’ll discuss how unreal today’s mainstream #SCIENCE is and how it has become a cult on its own.

Where anything that is not been proven by science is pushed out and not accepted in society causing a paradoxical conundrum.

We also bring up topics such as why has the real research of brilliant scientists like Nikola Tesla and Walter Russell been minimized and suppressed? What bombshell disclosures did they have, that they said humans aren’t ready for yet?

And Is this modern age leading us away from the Divine?

What is the ‘electric universe’ and how can we tap into it?

And, Is this where lightsabers come from?

All this and more on Part 2 with Jordan Sather on Edge of Wonder.

Douglas Gabriel and Michael McKibben show you how FAKE HISTORY has poisoned our minds and lead millions of people into slaughter. From Cecil Rhodes to Mark Zuckerberg, our telecommunications history has been one of propaganda and control.

[This note got “dropped out” because of my location during the holidays. It’s a personal post — a reflection of how the past follows us forward in many ways. For example, I wouldn’t exist if the Lakota hadn’t attacked New Ulm, Minnesota, in 1862. My Great-Grandmother and her first husband, who was killed in the attack, would have just continued on to California like so many others….]

Today, the Day After Christmas, we have definite diagnosis from a canine cancer expert that no, my Labrador Retriever does not have lymphoma and yes, he does have laryngeal paralysis and is a good candidate for “Tie Back” surgery.

Truths about our Human Origin

Consider how the events of our time will be looked upon in two thousand years from now: The greatest nation on earth, for no apparent reason, bombing some of the smallest and weakest nations on earth; People dying of hunger in some parts of the world, while in other parts farmers received money if they didn’t plant crops; Techies who preferred electronic golf at home, rather than really playing on a golf course; and Police forces that were burdened with arresting people for simply consuming a mind-expanding plant. Those people from that future era will probably laugh all of this off as being a load of unimaginable myths.

or at: Truths about our Human Origin 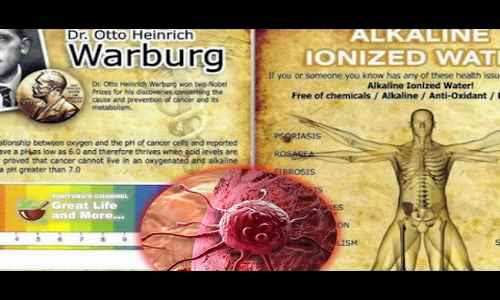 The main cause of cancer has been detected decades ago (1923). Very few people around the world know about it, because the truth is hidden by the pharmaceutical and food industries.

German scientist Otto Heinrich Warburg received Nobel Prize for find the root cause of cancer back in 1931.

He said that the reduction of oxygen and acidity are two sides of the same coin. If someone has one of those then they also have the other. So, acidic environment is an environment without oxygen.

Every normal cell has an absolute need for oxygen, but tumor cells can live without it.

Part 1: Ambassador Lee Wanta joins the show to share his incredible mission to save our Republic. According to Wanta, he was mandated by Reagan to first, take down the Soviet Union, then to use his earned funds to save our own Republic: Pay off national debt and build a high speed rail system. Official government and court records show that Wanta is worth tens of trillions of dollars that could easily pay off the national debt. He claims the deep state has swindled the American people out of their rightful future. We recorded this interview remotely with Wanta presently at a government safe house for protection.

Part 2: Ambassador Lee Wanta joins the show to share his incredible mission to save our Republic. According to Wanta, he was mandated by Reagan to first, take down the Soviet Union, then to use his earned funds to save our own Republic: Pay off national debt and build a high speed rail system. Official government and court records show that Wanta is worth tens of trillions of dollars that could easily pay off the national debt. He claims the deep state has swindled the American people out of their rightful future. We recorded this interview remotely with Wanta presently at a government safe house for protection.