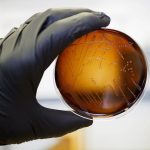 (NaturalHealth365) For a tiny, single-celled organism, Candida albicans can cause some big problems. This fungus exists normally – and harmlessly – in the eyes, mouth, intestines and genitals – unless an overgrowth occurs, toppling the body’s normal balance of microorganisms.  The key to all of this is to live an antifungal lifestyle. →

Viruses know no national borders, skin colour, culture, social status and make no distinction between humans and animals. The application of the One Cup One Life GANS Plasma Water stands for all creatures that have blood running through their veins. Only as One Nation, One Planet, One Race, can this global challenge be solved. To do so, we must put aside our differences and lay down our weapons. Everybody is invited to print out the World Peace Treaty and to sign it in order to commit themselves to a peaceful coexistence: World Peace Treaty. → 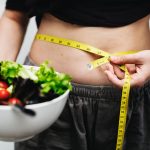 (NaturalHealth365)  No doubt, dieting can be quite stressful.  If you’ve tried some of the many diets out there … I’m sure  you know what I mean.

The fact is that “yo-yo dieting” only lowers the number of calories you are able to ingest and still lose weight with every diet.  It’s a common practice … →

November 29th, 2018 By Dr. Joseph Mercola Contributing writer for Wake Up World Worldwide, someone develops dementia every three seconds, and by 2030 it’s estimated that 75 million will be living with the condition.1 In the U.S. alone, 5.7 million Americans are living with Alzheimer’s disease, the most common form of dementia, and someone develops the disease every…….Read more

via Statin Use Linked to Dementia — Wake Up World