“We have accurate information that over 25,000 surgical operations have been conducted in the refugee camps of the neighboring countries and in the terrorist-controlled areas in Syria since 2011 to take out the body organs of 15,000 Syrians and sell them in the international black markets,” Dr. Noufel said. He pointed to the high prices of…Read more

via Body Organs of Over 15,000 Syrians Sold in Six Years: Coroner’s Office — Humans Are Free 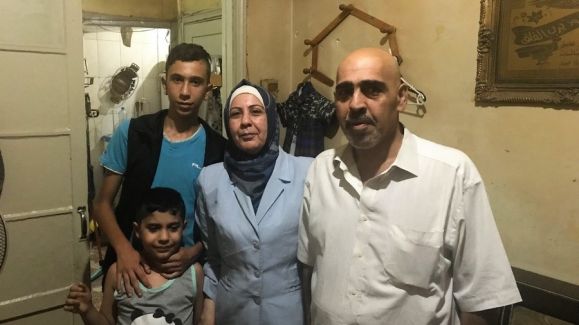 “Leave our children in peace. Let our children play, stop ‘playing’ with our children.” These are the words of a mother whose child was stolen and is being imprisoned in Idlib by terrorist groups and the White Helmets….Read more

AMSTERDAM — Amid continued concerns that the White Helmets are currently staging a “false flag” chemical weapons attack in Syria’s Idlib, the Netherlands has decided to halt funding for the controversial group due to the “inadequate supervision” of White Helmets members on-the-ground and the group’s “likely” links to Al Qaeda-affiliated terrorist organizations. Notably, the decision marks the first time that a government funding the White Helmets has openly criticized or raised concerns about the group. The group has received funding from several foreign governments since its founding, including the U.S., U.K., Dutch, Japanese, German and Qatari governments.

According to the Dutch publication de Volkskrant, the decision was made after the Dutch Minister of Foreign Affairs, Stef Blok, and Minister for Foreign Trade and Development Coordination Sigrid Kaag received a damning report from the Foreign Affairs Ministry’s Directorate for International Research and Policy Evaluation. That report slammed the Netherland’s supervision of aid projects in opposition territory in Syria as extremely inadequate.

The report singled out the White Helmets specifically, stating that the supervision of White Helmet members within Syria was well below acceptable standards and further stated that funding given to the group by the Dutch government had likely fallen into the hands of extremist groups, such as Hayat Tahrir al-Sham, the Syrian branch of Al Qaeda. In total, the Netherlands has funded the White Helmets to the tune of €12.5 million ($14.5 million) since 2016.

or at: Mint Press News

RT. “The Russian military has obtained “irrefutable” data that terrorist groups, including Jabhat an-Nusra, and the infamous White Helmets met in Idlib province on Sunday, according to the ministry’s spokesperson Igor Konashenkov.” “The militants plotted the final scenarios for the chemical attacks that the Syrian army are expected to make in the cities of Jisr….Read more & video

Never in our history have global geopolitical issues been so exposed. On one hand, we have multiple events that have taken place like 9/11 and the recent chemical gas attacks in Syria, events that are being touted as having multiple fake elements to them, as global politics usually does. When it comes to such issues,….Read more 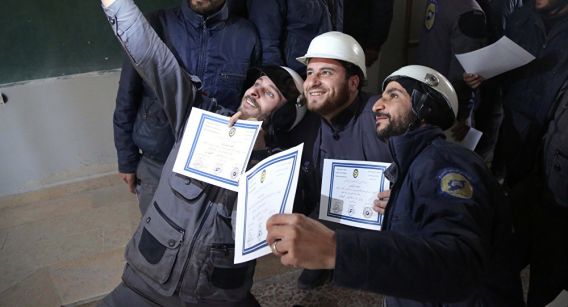 The White Helmets have been shown to effectively be the same organization as terror group al-Nusra Front and have been caught on film aiding al-Nusra terrorists execute Syrian civilians. It is hard to imagine any Westerner who would want the White Helmets as neighbors….Read more

In these Accountability and Reconciliation phases of Ascension, some people may for the first time be hearing about a group that has so far managed to operate largely in the shadows. Or people have ignored what they consider to be “conspiracy theories.”

By now, the reality of this group and their agenda is becoming better known. Let me offer an introduction to them here from the messages of Matthew Ward.

They call themselves the “Illuminati” or often the New World Order. They are called the “deep state” by whistleblowers and their investigators.

They’re very far from being illumined and many of their ranks scoff at God and worship Satan.  But the name stuck.

The group thought of themselves as “planetary controllers” and “masters of the universe.”  They planned to rid the world of 6.5 billion “useless eaters” in a World War III which they’d survive in underground bunkers (now destroyed). The remainder of humanity that survived would serve them as their slaves.

If they weren’t present, the Reval and NESARA might not be needed. These phases of Ascension are in large measure concerned with the planet’s emergence from their control.

These two passages from Matthew, taken together, are as complete and insightful an introduction as any I’ve ever read: