The 45th President Donald J. Trump of The Republic of the United States of America gave a major statement on March 21, 2021. He has called out the Biden Administration and their major fail at the border placing Americans in harms way and enabling and encouraging crimes against humanity. It isn’t looking good for the Cabal’s Stolen Election nor their Biden Blundering Ship of Fools.

Praying Medic Dave Hayes joins me to discuss Qanon, a topic about which he has written a new book titled ‘Calm Before the Storm’. In this interview I press Dave on the Trillions of Dollars in stimulus and the unaccountable criminal banks and corporate interests which are getting most of that money… Dave says that’s “a stone in my shoe.” Let the fireworks begin. And let’s pray that Dave is right.

Trump: ‘I Have Plans’ to Release FISA Applications

On Wednesday’s broadcast of the Fox News Channel’s “Hannity,” President Trump said he does have plans to release the FISA applications related to the Russia probe.

Host Sean Hannity asked, “Do you have plans to release those FISA applications, Gang of Eight information, the 302s of Bruce Ohr and others, and the five buckets that John Solomon and Sara Carter — as they call them?”

He later added, “[A]t the right time, we will be absolutely releasing.

What is sad is high schools and universities have been infiltrated with teachers touting socialism as the cure for whatever ails society without acknowledging the historic effects. Socialism is where you centralize all the power and wealth with a few government officials who will decide your future. 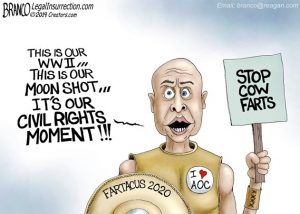 By Greg Hunter’s USAWatchdog.com (WNW 371 2.15.19) The bill being sent to the President was touted as some sort of breakthrough by key Republican negotiators, but it was more of a capitulation than anything else. Hope Trump does not sign it. So, now, the White House is saying the President will sign the bill and…Read more & video: “Greg Hunter – Weekly News Wrap-Up 2.15.19” (11:17)

Two thirds of the American people declare bankruptcy because of medical bills. Obama’s ACA was suppose to fix this, it did not.US retail is collapsing, it is a race against time, the [CB] economy is deteriorating at an accelerated rate, this is part of the plan, let the [CB] economy destroy itself. CA is in trouble, no money, the owe the Federal Government, Q tells us to watch CA. Tax receipts coming into the government is at an all time low, the debt is continually climbing and wages and jobs cannot keep up, the only way out of this is to let the [CB] economy implode.

Judge removes Manafort’s plea deal. McCabe admits everything,[RR] is leaving his post, he never testified but he has no problem speaking to reporters. Mueller’s insurance policy is almost up. MSM prepares the public for Mueller’s Russian Collusion report, they are projected on how nothing was found. Trump is reviewing the border bill, there are tons of landmines in it, as expected, Trump might sign the bill, then issue a National Emergency to get around the restrictions in the bill. Q drops more bread, post pics of China, it seems Q and team are letting us ride around the police car while they surveil targets.

US Factory order tumbled in November, GM is looking to layoff 4000 employees to restructure, the car manufacture has been channel stuffing for years making it look like they were doing much better than they really were, now it is starting to show in the data and car sales are declining. Trump is disabling the globalist system one piece at a time, and while doing this preparing the world for new currency system. Trump is using the same players as when the system was brought online, they don’t even know they are helping him.

The governor and Lt. Governor are in trouble, tick tock it is all being exposed. [DS] sets their sights on Tulsi Gabbard, try to push the Russian card. Intel agencies are still working against Trump, but it is failing and Trump understands the game. The Old Guard is in trouble, the are exposed and the propaganda is not working anymore, the Washington Post pushed an advertisement during the Super Bowl to convince the world to trust the MSM, they are losing the narrative and Trump is winning.

The [CB] is now pushing the fear mongering to the extreme in the UK, they are now saying that if there is a no deal the country will turn into a mad max, post apocalyptic hellscape and the people would have to battle it out. What the [CB] is really saying is that the country will thrive and it will reflect on the EU and the ECB. ADP numbers show that manufacturing numbers have surged the most since 2012. Trump is finalizing the trade deal between Canada and Mexico. Trump tweets out a message about the gold standard, get ready for the transition.

OIG find to corruption amongst two FBI officials. Trump is waiting to declas and this is the reason why, he is using it as leverage and waiting for the 1st alarm bell. Trump says if the committee is not talking about the wall it is a waste of time. It has been reported that Trump does not need to declare a national emergency to build the wall. The Venezuela situation is heating up, Maduro agrees to talk to the opposition, Trump is now undoing everything the [DS] has put into place.Trump show how is pushing peace around the globe. Certain government officials are trying to block Trumps peace efforts. Trump is in the process of resetting the world.