The United States government has granted patent approval to at least 175 inventions and technologies that are officially recognized to control or augment weather systems. (See the full list below.) For years, Dane Wigington, the founder of GeoengineeringWatch.com, has been mocked by the fake news media for daring to claim that weather control technology exists. Now,…

via These 175 U.S. Patents Prove That Geoengineering And Weather Control Technologies Are REAL — Humans Are Free

In a clip aired on mainstream television outlet CBS a few years ago, physicist Dr. Michio Kaku accidentally admitted that the skies were being sprayed with nanoparticles and “lasers” to modify the weather.While people who are familiar with covert geoengineering and our skies being sprayed know for a fact this is happening, rarely is it…..Read more & videos

By: Dane Wigington via geoengineeringwatch.org As the saying goes, a picture is worth a thousand words. The photo images shown below were captured from NASA satellite sources, they are truly alarming. These images provide shocking and undeniable proof of the ongoing global climate engineering/geoengineering/solar radiation management assault on our planet and its life support systems. Highly… 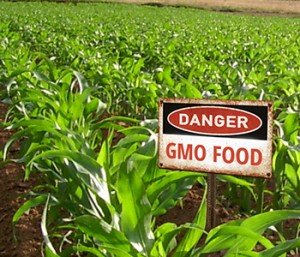 The world’s food supply has changed drastically. It is almost certain that lurking in any given household are products that in previous generations would not have passed for food. The problem has gone beyond food additives and contamination as corporations are allowed to create “food” in a lab using things nature never intended us to…

California will add glyphosate, the main ingredient in Monsanto’s blockbuster herbicide RoundUp, to its list of chemicals known to cause cancer, effective July 7, 2017. [1]

Monsanto promises to fight the listing, required under state law Proposition 65, calling the decision “unwarranted on the basis of science and the law.”

The seeds and chemical company unsuccessfully tried to block the listing in trial court and requests for stay were denied by a state appellate court and the state’s Supreme Court. Monsanto has appealed the trial court decision.

Monsanto is entrenched in legal problems at the moment, including hundreds of lawsuits filed by people who allege glyphosate caused them cancer….

Activist Post Fact Or Fiction: Chemtrails Are Sprayed From Airplanes JULY 6, 2017 By Catherine J. Frompovich Did you ever wonder about “chemtrails”? What are they; are they real or man-made; are they part of a global warming-carbon-dioxide-tax spoof; and what, if anything, we can do about it? For so long now, the media have been pontificating…

via Fact Or Fiction: Chemtrails Are Sprayed From Airplanes — Galactic Connection

Alex Pietrowski, Staff Writer Waking Times Monsanto’s glyphosate, aka Roundup, is the most heavily used agricultural chemical in history, with some 3.5 billion plus gallons of the herbicide being used in the Unites States alone since its introduction in 1974. Worldwide use of glyphosate is rising fast, in spite of very legitimate concerns that the chemical…

Having lived in a variety of cultures and regions around the world over the years, I find the differences compared to the United States quite fascinating. Some have an orientation that borders on brilliance, others leave me scratching my head wondering, “Now why would they do that?”

One country in particular stands out in my mind as inspiring on many levels: the Republic of Georgia. Granted, there were aspects that were difficult, but at the end of the day, what truly impressed me was the sheer intelligence of the people. I found Georgians generally to be some seriously sharp people, to the point where I began to feel a bit slow in comparison.

While their education is certainly more rigorous than what you usually find in the United States, I began to suspect something else was at play with their level of intelligence — beyond genetics or cultural leanings. Then one day I was chatting with my friend Tornike about how Georgian produce was the best I’ve ever tasted, anywhere. It was a far-cry from anything I’ve found in North America, even at organic farmer’s markets. Tornike pointed out that everything was grown “traditionally” — meaning no pesticides, chemicals or GMOs. It was also only of heirloom stock and grown within a few miles of our town, Batumi. Healthy soil rich with compost was the norm. And while their water supply is disinfected with chlorine, they do not add fluoride…

(Natural News) How can you tell if a company is truly evil? If actively covering up the fact that their highly profitable products cause cancer wasn’t your first clue, the knowledge that thousands of people around the world stage protests against them every year should illustrate the extent of their depravity quite nicely. Of course,…

via Thousands march worldwide against the world’s most hated company, Monsanto — NaturalNews.com

It’s very likely that you’re already aware of the link between fried potatoes and cancer and that potato chips are generally considered to be a “junk food” that has no place in an anti-cancer diet. However, when potato chip companies make claims that their products are “organic,” you might find yourself rethinking your decision to…