Boeing has agreed to pay a $2.5 billion fine to settle a criminal conspiracy charge, ending a roughly two-year investigation. The US Justice Department said Boeing employees concealed information about the aircraft’s onboard software from regulators who had originally approved the planes. Two 737 Max planes crashed within five months of one another in 2018 and 2019, killing all 346 people on board. 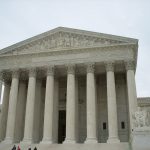