According to new information revealed by former CIA officer Bradley Johnson, Italian defense contractor Leonardo satellites were used in 2020 US Election hacking. According to Johnson, Frankfurt servers only hosted partial tracks of the hacking.

I can confirm from multiple sources with proven access to President Donald Trump that President Trump will not concede and that he has all the evidence he needs to fry the Deep State financial, political, and media miscreants.

Just as I was writing the above, Ed Jewett came in with the below.  It is a game changer.  Somewhere in here Angla Merkle must have “made the deal” with our President.

Military Continues Child Rescue out of Underground Tunnels Across the Globe

Since April 2019 in secret military operations, thousands of tortured, mutilated babies, children and teens have been rescued or found deceased by the US Military. US Special Operations teams directed by President Trump and his Pentagon Pedophile Task Force have been clearing out the children, corpses, gold, cash and documents from a massive labyrinthine of DUMBS tunnels (Deep Underground Military Bases) that ran beneath the US, Canada and Mexico.

President Trump signs an executive order allowing him to arrest and prosecute ‘Deep State’ pedophiles using the US military court-martial process. Among those soon to be rounded up and sent to Gitmo include the Clintons, the Podesta Brothers, Rex Tillerson, and even Vice President Mike Pence. David Zublick unseals the horrible truth in this special report!

The internet has been buzzing with rumors that high level VIP members of the Deep State (aka Cabal/Illuminati/Global Elite) are being detained for human rights abuses and corruption, and are being taken by U.S. Special Forces to military prison at Guantanamo Bay Naval Base (Gitmo) as a result of thousands of sealed indictments. Multiple sources have been reporting on some of the key VIP figures taken there.

While these are still only rumors, recent events point to their plausibility.  If accurate, these secret investigations, arrests and extractions to Gitmo where they face extended detention and military justice has enormous political implications, and makes possible the release of suppressed information previously withheld by the Deep State.

One source of such rumors comes from David Todeschini, a former USAF veteran who wrote an expose about covert operations during the Vietnam War. He describes what he learned from a reliable FBI source about recent events at Guantanamo in a December 24, 2017 Youtube video, which he summarized as follows:

High-level confidential sources tell this reporter that the U.S. Military prison at Guantanamo Bay has been alerted to expect high-profile prisoners shortly – possibly as a result of over 10,000 Sealed FEDERAL indictments. 1,000 Marines accompanied General Mattis to Gitmo to provide security for “special prisoners”.…

Another source for secret extractions to GITMO via sealed indictments is veteran journalist Dr. Jerome Corsi who tweeted: 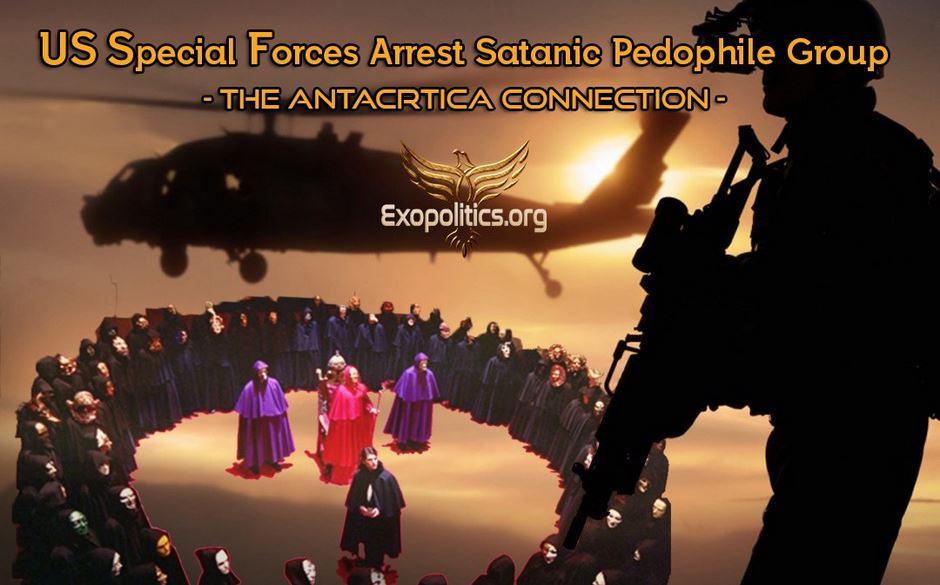 According to a retired FBI and career military source, US Special Forces acting under the authority of the Department of Defense and with other global military authorities have been arresting members of a Satanic pedophile group that has infiltrated multiple levels of government in the United States, European Union, and other national governments. The numbers…