Statement from Ty and Charlene Bollinger

The recent baseless CNN attack on us is a fake news media hit job of epic proportions which lacks all journalistic ethics and impartiality. CNN’s attack demonstrates that it is not just questioning of the alleged safety of vaccines but “free speech itself.”

Read more: Statement from Ty and Charlene Bollinger: Rebuttal to… — The Truth About Cancer

An independent non-profit alliance of doctors, nurses, healthcare professionals and staff around the world who have united in the wake of the Covid-19 response chapter to share experiences with a view to ending all lockdowns and related damaging measures and to re-establish universal health determinance of psychological and physical wellbeing for all humanity.

What Happened: The national law firm of Baum Hedlund Aristei & Goldman filed a lawsuit on August 19th against pharmaceutical giant, Merck, on behalf of a 19-year old woman who is alleging the company misled the FDA, legislators, doctors and moms about the safety and efficacy of its Gardasil vaccine. According to Children’s Health Defense, “The lawsuit asserts Merck purposely downplayed the risk of Gardasil’s ingredients, including a proprietary aluminum compound (a potent neurotoxin) and secret and potentially hazardous DNA particles.” The plaintiffs name is Julia Balasco, and she is alleging that she suffered and continues to suffer “severe and permanent physical injuries such as an autoimmune disease known as postural orthostatic tachycardia syndrome (POTS) after receiving multiple injections of the human papillomavirus (HPV) Gardasil vaccine.” 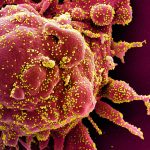 (NaturalHealth365) Traditionally, it takes 15-20 years to develop a vaccine and get it to market. Normally, regulators require vaccine manufacturers to show their product safe before using it on people, and general it’s tested on lab animals before putting humans at risk with an unknown and untested vaccine. However, the current coronavirus pandemic has changed the world, and researchers are racing to have a coronavirus vaccine available.  Does this sound safe? →

(Prepare For Change)  It appears that vaccine manufacturers are ever more impatient to reap high profits from new vaccines — especially since they have entered into “public-private” partnerships with governments. Increasingly, government officials oblige this greed-infected industry with laws mandating new vaccines. And public health authorities around the globe have become marketing auxiliaries for vaccine manufacturers. → A bombshell video snippet from Del Bigtree dares to ask the all-important question: Why have the number of vaccines given to children skyrocketed over the last three decades?