OPINION. Sweden is an extraordinary country in many ways. People around the Globe that previously used to point at Sweden as the role model for other countries to envy and copy are now confused about where the Swedes are heading. →

ABOUT THE FILM Humanity is imprisoned by a killer pandemic. People are being arrested for surfing in the ocean and meditating in nature. Nations are collapsing. Hungry citizens are rioting for food. The media has generated so much confusion and fear that people are begging for salvation in a syringe. Billionaire patent owners are pushing for globally mandated vaccines. Anyone who refuses to be injected with experimental poisons will be prohibited from travel, education and work. No, this is not a synopsis for a new horror movie. This is our current reality.

Let’s back up to address how we got here… →

This is a very special broadcast as I have a surprise for you at the end. In this episode I’m discussing psychic attacks, moving out of 3D behaviours. I’m giving clarity on POTUS’s plan for 5G. Find out my commentary on the disappearing Pope and the Trump Administration dropping WHO/GATES/CDC Contagion model. Tune in and find out more!

Be sure to check out this deleted video from YOUTUBE. They deleted because it has the truth. Watch the video, and check out the text file after watching it. https://www.dropbox.com/sh/2pf0ls8ytr…

If you would like to support my work, please visit https://www.nylanguyen.com 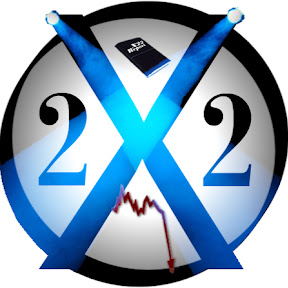 (The Tree of the Golden Light)

There’s going to be a time in these coming months when all of the issues that are now in the residence of being finished will be not only finished but will be recreated in widespread use for the restoration of this land. It is a matter of being able to repair all of the hurdles that have been in place for so long, and now are being removed and given over to the consciousness of the ones off planet who know how to assist the ones who have been outside of the energy of Love.

(NaturalHealth365) No doubt, health-conscious consumers are very concerned about glyphosate in the food supply.  And, parents are rightfully upset about the toxic chemicals in vaccines.  But, now, glyphosate and other highly toxic chemicals have been detected in baby diapers.

The French safety agency ANSES has conducted tests on disposable baby diapers over the past few years, and the results have been consistently disturbing.  In all, 60 different chemicals have been identified, including glyphosate – the active ingredient in Roundup.

Other pesticides detected in baby diapers included lindane, quintozene and hexachlorobenzene, which have been banned by the European Union for more than 15 years….Read more

via Wake up call: Baby diapers contaminated with over 60 toxic chemicals including glyphosate — Natural Health 365