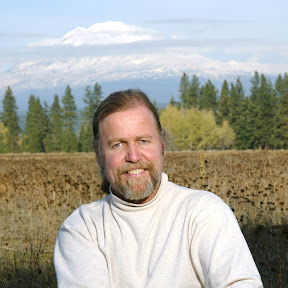 This Week Featuring SPECIAL GUEST: Fire Captain John Lord. This is a must see for all Truth Seekers in The community!

John Lord has been performing private Investigations concerning the Suspicious California Fires and reporting the untold truth that he has been uncovering.. John Lord. Enlisted in the US Navy in November 1974 thru Nov 1978 as a navy corpsman. Served with the 1st Marine Division 6/77 thru 11/78 where he received his training as a paramedic. After discharge worked for a private ambulance company as a paramedic in Concord for 2 1/2 years prior to getting hired with City of Petaluma Fire Dept in Sept. 1981. Earned AS degree in fire technology and Bachelors degree in business mgmt., fire officers certification and other associated certifications and qualifications. Retired as a Captain/paramedic in December 2008. Has spent the last several years researching the TRUTH.

Did you think it odd that one of Trump’s emphatic campaign promises was to build “that wall”?  There was a very good reason. He wasn’t just blowing smoke, as one might have gathered since he has already accomplished much of what he set out to do.

There are reasons why people believe a border wall is a good idea, but in the end, it’s not what you think.

Just Who is Building ‘The Wall’?

(The Last American Vagabond) In the past, we have shown you not only that geoengineering is very real, but that it is being used in real world situations on a regular basis, with zero oversight. We have shown beyond a shadow of a doubt that much of the current governmental body in the U.S. has very little…Read more & video

By: Dane Wigington via geoengineeringwatch.org As the saying goes, a picture is worth a thousand words. The photo images shown below were captured from NASA satellite sources, they are truly alarming. These images provide shocking and undeniable proof of the ongoing global climate engineering/geoengineering/solar radiation management assault on our planet and its life support systems. Highly…