Last week an organization of doctors called America’s Frontline Doctors went to Washington DC and gave a press release in front of the Supreme Court.

What this group of doctors said directly contradicted official positions of the World Health Organization and the Centers For Disease Control regarding the coronavirus and treatment of the infection as the new experimental vaccine could arrive before the end of the year.

Members of the doctors’ organization have been fired from their jobs, they have had their website removed and the viral video has been almost scrubbed from the internet. →

Read more & video: Spiro Skouras: “THE PLAN TO SILENCE DOCTORS ONCE AND FOR ALL” (4:43) via — Activist Post

(True Activist)  Alzheimer’s disease is a condition which is a form of dementia, that affects around 44 million people around the world, with an estimated 5.5 million people in the US alone. And there is no real cure for the disease, though some drugs can stall the onset of Alzheimer’s, there is nothing that can stop it from progressing. It is also the 6th leading cause of death in the US, more potent than people killed by breast and prostate cancer combined. →

Why are other drugs and therapies that have shown great promise constantly ignored, and in some cases ridiculed? Why are we being made to believe that the only solution here is a vaccine?

What Happened: A study published last month in Frontiers in Numerology titled “Quercetin and Vitamin C: An Experimental, Synergistic Therapy for the Prevention and Treatment of SARS-CoV-2 Related Disease (COVID-19)” concluded the following: →

Prepare For Change | By Benjamin Gill at CBNNews.com:

A substantial new study has found that the anti-malaria drug hydroxychloroquine helped patients survive COVID-19. In fact, the study from the Henry Ford Health System in Michigan said the drug “significantly” cut the death rate of patients.

“Treatment with hydroxychloroquine cut the death rate significantly in sick patients hospitalized with COVID-19 – and without heart-related side-effects,” the health organization reports. → 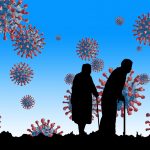 (NaturalHealth365) As the novel coronavirus pandemic wears on, scientists and doctors around the world are racing around for an effective COVID-19 treatment, including big pharma sponsored ideas that have many people quite concerned.  But, one potential treatment that’s garnered a lot of press recently is hydroxychloroquine.  But, most people don’t realize what makes this antimalaria medication so effective against COVID-19 … until now. (keep reading!) → 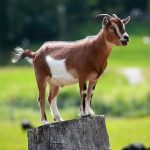 (NaturalHealth365) As COVID-19 testing ramps up around the world, many people are starting to feel cautious about the results (which, as of May 13, has us up to more than 4.3 million cases and 293,000 deaths). The big question on their minds: does a positive screen actually mean you have the pandemic disease?

It’s a reasonable question to ask, especially when we consider what species have tested “positive” so far for the virus … as well as when we consider that certain entitites may actually benefit from all these positive results. →