Cizik School of Nursing has created a REMI Platinum Award-winning documentary film that tells the grim cautionary tale of nurses who participated in the Holocaust and abandoned their professional ethics during the Nazi era. The 56-minute film, Caring Corrupted: the Killing Nurses of the Third Reich, casts a harsh light on nurses who used their professional skills to murder the handicapped, mentally ill and infirm at the behest of the Third Reich and directly participated in genocide. → 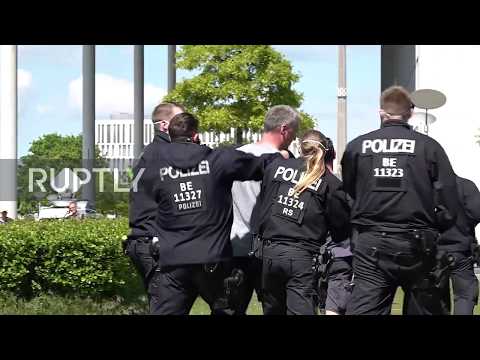 There’s a strong argument to be made that if iron-fisted tyranny ever comes to America, the statists in Silicon Valley will be leading the charge. by Jayson VeleyThese people (including workers at Facebook, Twitter, and especially Google) think nothing of undermining the United States Constitution and the freedom of speech in order to fulfill the….Read more

Credit: ABC News A Colorado resident, Michael Kent, who was a member of a violent white supremacist group based in Arizona for 20 years made the decision to have his swastika tattoos covered up after befriending his parole officer, Tiffany Whittier. Whittier is a black woman who has effected positive change in Kent’s life, which…..Read more

via Here’s The Greatest Speech Ever Written — Humans Are Free

This woman single-handedly stood up to 330 violent Neo-Nazis as they protested on the streets in Sweden.
Tess Asplund, a woman from Sweden, has been an activist for 26 years now and said that:

“I normally stand with a raised fist at demonstrations, this is not new to me.”

However, a photo of the brave photographer/activist raising her fist in protest went viral for one iconic reason: she was raising it all alone against 330 marching Neo-Nazis.

Last week, the Neo-Nazis, part of a group called the Nordic Resistance Movement, obtained a permit to demonstrate and did so in Borlange, Dalarna, in central Sweden. The group rallied and marched on the busy streets on International Workers’ Day and were protected by police.

Asplund was taking part in a counter demonstration against the Nazis with a group called Dalarna Against Racism when she saw the Nazis approaching and decided that she could not allow them to walk by without showing her disdain for their movement.

She ran in front of them and put her fist in the air to defy the group. She told The Daily Mail about the moment: http://anonhq.com/customers-horrified-find-animal-flesh-blood-even-beating-heart-faux-leather-products/

“I just felt when they came walking that “you shouldn’t be here” and then one of them stared at me and I stared back. He said nothing and I said nothing, and then the police came and removed me.”