The World is Ruled by the Luciferian Pharaonic Oligarchy

Protocols of Zion are the Blueprint for One World Government

Society is made up of lies

The world has become an insane asylum

The Corona pandemic was and is not deadly for humanity, but had a deadly effect on economics: international mobility screeched to a halt, which devastated industries like tourism, travel, hotel & restaurant business, breaking down global supply chains. People mustwake up en masse, because the world has become an insane asylum where the majority of society is too much asleep to notice the insanity about what is happening with the Coronavirus pandemic. Just as insane dreams are not questioned, some people never question their insane lives. The implications of mass sleepwalking are obvious: with billions of people asleep, those in power who are awake have the advantage, as sleeping people are easily controlled. Continue Reading → The Final Wakeup Call

People Themselves Determine the End of COVID

If we don’t end it now, it will soon be impossible to end it!

Will more people start fighting for their liberty?

Big Brother is Watching You

Every shutdown, closure, mask mandate, limitation of crowd size, forced temperature test, travel restriction, forced corona test, person who loses his/her job for personal speech that contradicts the official narrative, act of social media censorship, church that stops assembling, every attempt to disrupt your ability to make a living, shop, bank, worship, recreate, socialise or engage in free enterprise is a deliberate assault against your Liberty.These are not mere inconveniences.

These are calculated, disgusting, destructive, draconian, demonic and damnable attacks against your Liberty. How long are you going to tolerate it? Continue Reading → The Final Wakeup Call

This roadmap seems to be right on track with what we now are seeing advance our way. It’s time the people wake up from their inertia, TURN OFF THE TELEVISION, quit believing the narrative of the government paradigm and start shutting down tyrants and defending your liberty!

Enclose Part 1 of my transcription of Charlie and Colleen Freak’s Part 3 of their 3-part podcast/video presentation of President Trump and Q-Team’s Takedown of the Cabal.

This was the most emotional transcription for me and took me 5-days to complete.

I didn’t really understand Epstein Island until this video or the horror it was or how cold-blooded Ghislaine Maxwell is and how monstrous all those who went to this island were.

And then there’s the neighboring Water Island owned by the Biden crime family that were submarining children from Water Island to Epstein Island. Good God Almighty.

It’s un-believe-able, un-fathom-able and so gruesome I don’t have words, only tears.

In this video, Charlie and Colleen wrap up the Q-team plan. It’s Divinely extraordinary. →

Enclose Part 2 of my transcription of Charlie and Colleen Freak’s Part 3 of their 3-part podcast/video presentation of President Trump and Q-Team’s Takedown of the Cabal.

With blessings of Peace, Health, Happiness and Abundance for all — we are Goddess, Sovereign, Free,

The cat is out of the bag. The virus was a hoax after all. The CDC, WHO and all the so-called experts lied to you! Here’s the list:

🔺”CDC admitted they screwed up COVID19 infection counts and intentionally misled the public and have apologized, clarifying that the amount of people truly infected is much lower than what was originally reported — an error so egregious it made the director of the Harvard Global Health Institute say “how could the CDC make this mistake? This is a mess.”

🔺The American Coronavirus Task Force also admitted to fudging the National COVID19 death count when Dr. Birx said the deaths are people who died “with” COVID19 not “from” COVID19, thus making the real death count much lower than what is currently being reported.

🔺Dr. Anthony Fauci admitted masks won’t help against the virus and mask manufacturers are now including warnings that their products do not deter COVID19.

🔺Fauci also said that continuing to close the country could cause irreparable damage.

🔺CDC backtracked their initial claim that led governors to shutdown their states & clarified that COVID19 does not spread easily on surfaces.

🔺Governor of New York Andrew Cuomo confirmed a recent health study showing that 70% of new infections actually originate at home, thus making stay at home orders one of the most dangerous mandates currently in place.

🔺Trump stopped funding the WHO and threatened to cut off money permanently until they can prove they are no longer corruptly influenced by communist China after they lied to our country about human to human transmission of COVID19 in January.

🔺The curve is flattened, the CDC, WHO, Dr. Fauci, our governors, and many more were completely wrong about the potential threat of this virus.

🔺Even California is opening up sooner than anyone expected because the evidence contradicts the long standing and inaccurate narrative still upheld by the extremely dishonest & corrupt media.

🔺If you are still living in fear, Don’t be. The media, global organizations, the government, and its agencies “mislead” the public.

🔺 People called those of us who knew this all along conspiracy theorists, but it turns out we were just following the facts!

🔺 Open up your businesses, churches, and homes. Don’t fall for the lies any longer. If you fell for the lies this time, wake up and join the army of truth seekers fighting on the front lines.

🔺 WHO have just admitted that transmission of the virus from an asymptomatic carriers – the whole reason for the lockdown, is rare!! ie you could not spread it before showing any symptoms!!

Wearing a mask is a display of war hysteria

The lockdown is an infringement of our freedom

Most people are sufficiently competent and reasonably intelligent, but confronted with public policy, they immediately lose their mind. Everyone should know, making a copy of a printed currency bill, is worthless. But they think that central banks can copying trillions of them, and these will magically represent real wealth.

Face-to-face, they avoid getting in conflict, but leave their government and the media come up with miserable war against small countries, drugs, poverty, terrorism, and now a virus-molecule for which they are ready to back the war full hearted. – Since last March, the human race is at war with a New Plague, that, could infect the population, killing millions. No one questioned, whether this has happened, as the total death officially related to the corona virus although heavily inflated amounts worldwide not to no more than 400.000 death after three months. Continue Reading → In a recent interview with Claudio Grass on the X22 spotlight YouTube channel, Grass says change is coming whether we like it or not.

Not only is the Great Awakening here, but the financial reset to usher in the New World Order is also here.

Grass breaks down the current event of the plandemic and how this event was used to control the people, remove their rights, and to push a new world order using military might.

However, Grass also believes a great awakening is happening now and people are starting to see what is really happening, and change is coming. → 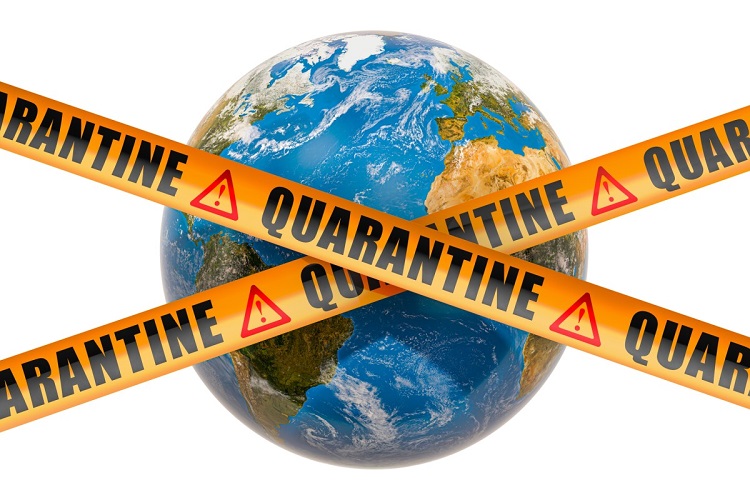 End the f*cking lockdown now! It’s time to wake up and rise up. We have allowed this fake pandemic, this coronavirus hoax and this absurd lockdown to go far too long already. We have been deceived. We have allowed authorities to become tyrants. We have swallowed whole the fairy tale lies of a new killer virus, a new invisible enemy and a new war on bioterrorism. We have allowed panic, irrationality and fear to run our minds and our societies. We have gladly handed over precious rights and freedoms. We have crawled to officials and begged them to save us. We have meekly accepted ridiculous rule after ridiculous rule, wearing inane masks (that don’t even prevent germs from entering our mouths) and partaking in asinine OCD behaviors. We have accepted house arrest, virtual martial law and massive restrictions on our intrinsic, inherent or God-given (whichever word you prefer) rights. We have allowed governments to restrict our ability to gather, to assemble, to move, to trade, to work, to shop, to live normal lives – FOR WHAT? For a unproven disease that is no worse than the seasonal flu? WE HAVE BEEN SCAMMED! This has got to stop – now! →