There may be things you are never ready for but, despite it all, there you stand saying, “OK Universe, bring it!” That is awe-inspiring! (Smiling) The things that occur in a human existence can be challenging, sad, upsetting and frustrating. But, many of you look past it to the joy, happiness, love and accomplishment…a truly amazing feat. Your ‘homework’ for today; take a bit of time to relax, knowing that you have been working and growing to the best of your ability and deserve a bit of time off. Allow the newest influx of energy to settle in then you can ask/see where you need to go. There never has been anything wrong with taking a bit of ‘me time’. The Universe fully supports it. ~ Creator

Source: Take Some ‘Me Time’ — The Creator Writings

We have been excited for quite some time to be a part of humanity’s shift in consciousness, but we are more excited now than we ever have been because we see how many of you are recognizing that you are a part of this process of shifting. Yes, it is something that is very natural. It is natural to ascend. It is natural to evolve and to become more of who you are. But when you participate consciously in something that is happening, you can make it so much more enjoyable for yourselves and for everyone else who is involved.

Images taken today and from the northern parts of the Stockholm area, Sweden. The Swedish Khazarian mafia government and military are as usual doing nothing to stop it. Treason and genocide against the people of Sweden. Depopulation agenda. The Alliance/White hats could you please “drain the swamp” here in Sweden to. /The Light Has Won

Geoengineering Affects You, Your Environment, and Your Loved Ones

A Wikileaks document that referred to the destruction of a US moon base sometime in the 1970s has recently gained renewed attention. The document is dated January 24, 1979, and is titled “Report that UR Destroyed Secret US Base on Moon.” It was correspondence involving one or more officials from the U.S. State Department to Samuel L. Devine, a Republican member of the US Congress.

The document has tags “Operations–General | UR – Soviet Union (USSR)” which reveals that “UR” stands for the USSR. The document was marked unclassified, which suggests that the content of the correspondence did not contain classified information, and involved open source material widely available at the time. The fact that officials were discussing such a topic raises the question, did the USSR destroy a secret US moon base sometime before January 1979?

Read more & video: “Diego Garcia and Other Secret Military Bases (VIDEO)” (7:51) via Did the USSR destroy a secret US Moon Base in 1977? — New Exopolitics.org Article

It’s amazing how much money is scraped off of each paycheque, and how much money multiple small and big businesses pay. We are told that it’s necessary, that this is the money going towards various programs that are responsible for building our schools, employing people for necessary services and infrastructure, among many other things. It’s truly amazing how much money governments rake in from taxes.

The Mueller Report: A Little Gossip, A Bit Of Palace Intrigue And Zero Collusion

“The Mueller Report shows categorically that there was no basis for an investigation in the first place, and it is now abundantly clear that in order to restore the integrity at the DOJ and the FBI, there has to be a full-scale Federal grand jury of the Obama DOJ, the FBI, the CIA and the Director of National Intelligence.”
*Joe diGenova- Former Federal Attorney and Independent Counsel

The Mueller Report was released today with much fanfare and anticipation, but after Mueller spent over $25 million, reviewed thousands of documents and conducted hundreds of interviews, he and his crack team of leftist, Trump hating prosecutors came up with little in the way of impeachable offenses.

This silly report read like an article in the National Enquirer. A little gossip, a bit of palace intrigue, but offering very little new information not already leaked or revealed months ago. It took 2 years for this? Maybe Mueller is getting nervous about the “Uranium-One investigation”. He should Be!

Here are some things Mueller considered in his investigation on obstruction: 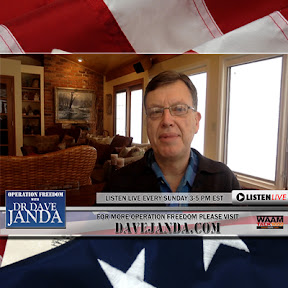 PRESIDENT TRUMP & THE TAKE DOWN OF THE BIG CLUB

The U.S. body politic has degenerated to gibberish and empty threats, as bankruptcy and collapse are now a mathematical certainty. That’s because the March 29th Brexit made it so that “the City of London is no longer the finance capital of the cabal,” both British Intelligence and Pentagon sources confirm. 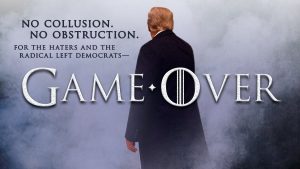