(Natural News) It’s something straight out of a science fiction movie, and a bad one at that, but it’s absolutely true: Big Tech oligarchs in the U.S. and abroad are pouring billions into research that will enable them to live and govern eternally by literally discovering the once-fictional “fountain of youth,” even if they have to harvest the blood of the young to achieve it.

Read more: Big tech pouring billions into harvesting blood of the young so elites can live and rule forever — NaturalNews.com 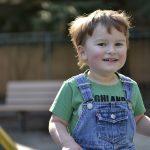 (Naturalhealth365) What do brain disorders like autism, Alzheimer’s, multiple sclerosis, and Parkinson’s have in common? New research reveals a shocking link.

Caring for a loved one with any of these “incurable” brain abnormalities can be heart-wrenching. Whether it’s a parent who can’t remember their child or a child unable to communicate their emotions with a parent, brain disorders have a considerable effect on families and their communities. →

(Wake Up World)  Did you know how incredibly important your gut health is when it comes to your overall health? Your digestive system is inextricably linked to your immune system – so right now, with the Covid-19 epidemic still in full swing, it’s especially important to heal your gut and bring yourself back to optimum health and resilience.

Apart from the need to minimize the risk from Covid-19, research has also shown that gut health is also a key factor in many, many illnesses, including depression, anxiety, autism, autoimmune diseases, arthritis and Alzheimer’s. The good news is that now, in a new and exciting 8-part docuseries, more than 40 of the world’s leading gut health experts will share exactly what you need to know in order to improve your digestive health and strengthen your immune system and it’s completely FREE to view. →

Read more via The Gut Solution: Regain Full Health By Harnessing the Power of Your Gut – FREE Docuseries — Wake Up World 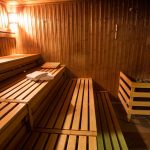 (NaturalHealth365) Cold showers are supposed to be very healthy for us but aren’t they really,, really hard to take?  Especially in the morning, who wants to take a cold shower?!  Thankfully, saunas are a completely different story and, today, we’ll focus on why this can be a real winner for your health. →